I've been making more progress on painting the Infinity armies but Michael took some time away from basing and then decided he was retiring.  He liked it but it got repetitive.

So, I just based the hordes I had painted.  Below are the Nomads.  Last week I talked about how I made the barrels that appear in these pictures.

Sin-Eater
This was my first experience mixing a paint color for the light blue shirt he's got on (outside some flesh tones for skin) .  I've mostly been avoiding this so that as I slowly paint minis over time, I don't have to worry about re-mixing some color I did once and never getting it right.  I'm treating this as a one-off so it was OK. 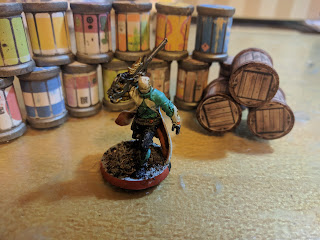 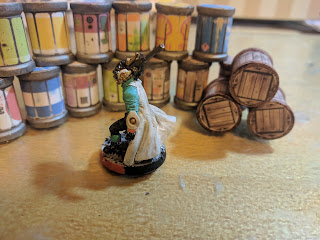 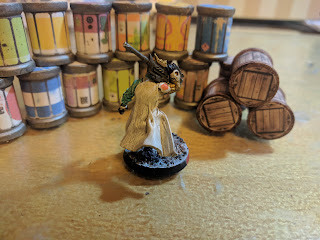 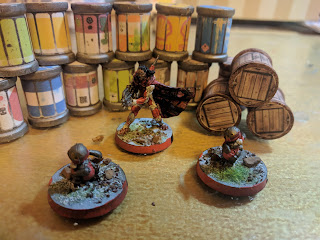 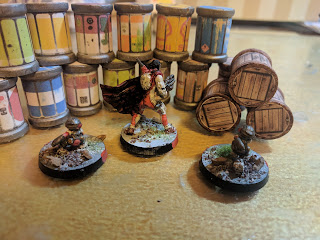 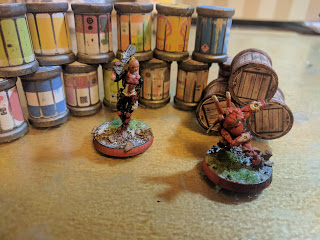 Corregidor Bandit
I was trying for a bit of a camo affect for his hoody and it turned out better than I'd hoped.  I really like how this one turned out. 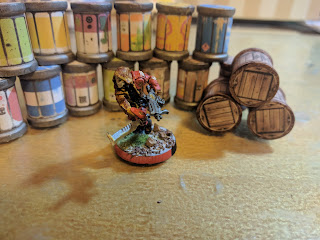 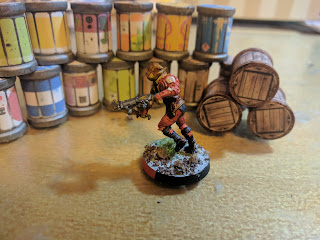 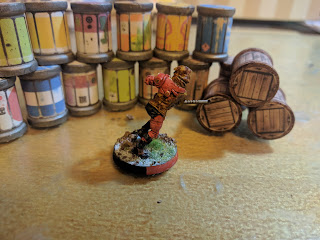 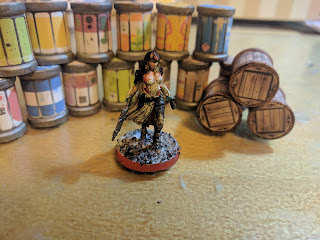 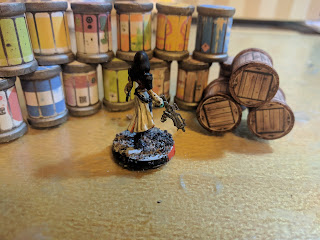 Gecko Squadron Pilot
When I got this mini, my first reaction was that he had to be bigger in scale than the little arms you see poking out from underneath the full Gecko armor.  In fact, I immediately suspected that they shrunk the scale of the arms inside the armor a little... but after I painted them and put the two next to each other it actually looks right. 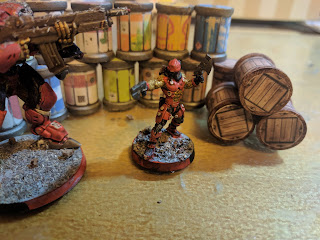 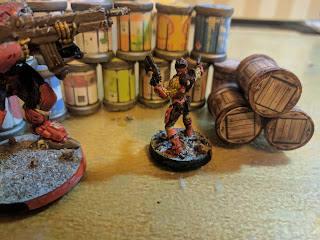 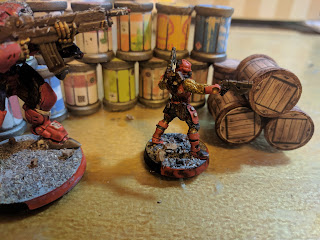 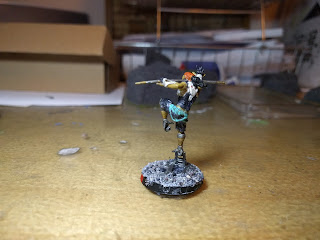 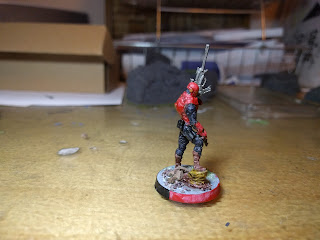 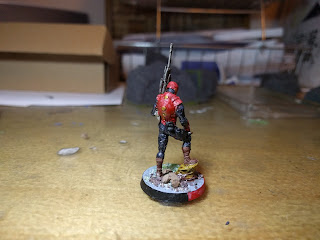