Encouraging Cooperation in Board Game Design, Or Not

Not long after reading chapters 8 through 10 in "Games of Strategy" (discussion here: Ways to Create Space for Signaling in Games) I plowed on through chapters 11, 12, and 13 and then failed to write anything about them as the vacation part of my summer commenced.  School's back.  Vacation is over.  So know lets figure out what I learned.

Chapters 11 and 12 discussed variations of examples covered previously in the book and how those variations change outcomes and strategies.  Chapter 11 takes a look at what happens to the prisoner's dilemma if you play it over and over again.  Chapter 12 explores changes in strategies when you add more then the 2 or 3 players we've been normally considered.

Most of what I took away from these chapters is about encouraging or discouraging cooperation.  In this context, I am not talking about cooperative board games per se.  I am talking about how much a game encourages backstabbing or assisting others.  Below are three levers I think could be used to tweak the levels of that kind of cooperation in a game.

Remember that the core idea in the prisoner's dilemma is that I have a choice to share a reward or take all of the reward or possibly end up with nothing.  An example abstracted payout for this kind of interaction:

Some forms of basic game theory indicate that being mean is the best approach... you will never get 0 and you might get 3.  You also have to assume that the opposition will be mean as mean is the best response to either of your options.

Not shockingly, how you set penalties and rewards in a game like prisoner's dilemma tips the scales towards rewarding cooperation or backstabbing.  If A and B both got 4 when both were nice... that would change the equation a bit.

This is pretty obvious.  If I make the nicer play more valuable then the backstabby play the nicer play will get used more often.  As a designer, that is obviously a lever you can pull depending on what kind of game you want.

If the payoffs and penalties for each result in a prisoner's dilemma game are different for each player you can create situations where some players might cooperate even if they know the other players will not because it is still worth it.

In the example above, B gets 2 more then usual when being nice.  B's best play is now to be nice regardless of what A is doing.  Interestingly A still wants to be mean in this game.

Part of the secret to this that player's know that they can punish mean play in the future.  Maybe more importantly, players who might be mean know that they can be punished -- there are now future consequences to their actions that they have to consider.

Because of this concept nice play becomes less important near the end of the game -- backstabbing becomes more rewarding as the opportunity for negative consequences gets smaller.

An externality is a factor that impacts my payouts that I have no control over.  This sounds a lot like how decisions in a prisoner's dilemma impact each other.  The difference is that while your decision impacts me, my decision does not impact you.  Logically there are both positive and negative externalities.

From a game theory perspective, the action that rewards me the most is the action I am most likely to take regardless of whether it impacts someone else positively or negatively.  From a game design perspective, I can tweak those private rewards to encourage the actions I want taken.

Or, I envision a game where players can encourage actions that benefit them by adding rewards to those actions for others.  In fact, I'm sure that kind of interaction exits in gaming somewhere... 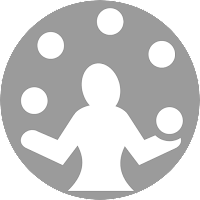 Last time out I was building a custom foam storage box for Infinity.  This time, I up my game from foam to magnets with my own spin... washers instead of steel sheets.

If you want to use my backgrounds... here is a PDF.

As always, thanks to Braddock Station Garrison for the music.  You can learn more about them at http://braddockstationgarrison.com/
Posted by Doug Schulz at 8:30 AM No comments: